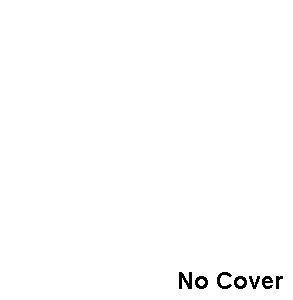 Hino Mortal - 1982 - Demo (tape) (BR)
download@rapidshare
download@multiupload
.
Hino Mortal was one of the firsts brazilian hardcore bands (even before such term exist in Brasil), formed in São Bernardo do Campo in 1981.
After leaving of Condutores de Cadáver, Índio united himself with Ricardo (who in 1980 was in the band Submundo, along with Mau todays Garotos Podres vocalist) and with the brothers Laércio and Sidney forming the Hino Mortal.
After a couple of rehearsals, the group was invited by Lixomania to do a gig in together with and Psykóze. Months later, the band was again invited to the release show of the triple compact from Lixomania, where Psykóze and Cólera played also.
With the brazilian punk movement growing in its importance, the independent producer Olhar Eletrônico decided to record a documentary about then, focusing in the punks from the city of . For the documentary, a show was made with and Decadência Social (wich sometime later change its name to DZK).
After that, the song “Câncer” by Hino Mortal was played in a screen record in TV Globo about the punk movement.
Hino Mortal also appears in two cassette compilations, both released in 1982 with and Submundo:
Þ    Decaptados
Þ    Contra Tudo que é Comercial e Nada de Novo nos Oferece.
In 27 and 28 of november, 1982, they participated in the festival O Começo do Fim do Mundo, the most famous brazilian punk festival. This show was recorded and each band released one song in the LP made with this material.
After the festival, the brazilian punk movement witness several manifestations. The biggest one was in the ABC Paulista, in the Associação de Amigos da Vila Paulicéia, where a conjunct manifest was made retracting the political situation (Brasil was still a military dictature state) and criticizing the inconsequent attitudes made by opportunist governments – Hino Mortal, Ulster and Corte Marcial played in the event.
The group did not play for a while. But in 1986 they returned with a better band structure, participating in the compilation Rock do ABC along with 5 more bands. In the same year they also participated in the television program called Boca Livre (TV Cultura) and in the festival Mocóca.
The last show with this formation was in Vitória (ES), where the band stopped again and with Laércio starting a new band called Insulto Oculto.
In 1994, it was release the single ABC Hardcore ’82 containing home made recordings from the bands , Submundo and Corte Marcial. This single was part of a project that registered in vinyl the recordings from the firsts punk bands from the region of ABC Paulista. The vinyl was so well accepted that some of the bands from the beginning of the 80’s starting to reunited again.
In 1995, the Ratos de Porão covered the music “Cancêr” in the album Feijoada Acidente.
And the band finally get together in 1997, with Índio in the vocals, Laércio in the guitar, Marcos ins the drums and Rodrigo in the bass. They Played at the festival 20 Anos de Punk Rock, wich happened in Santo André and in (Hangar 110).
In 2002, Hino Mortal finally recorded its own single – Aviso Final

Thanks! This is awesome!