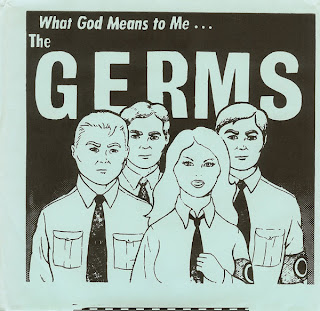 Email ThisBlogThis!Share to TwitterShare to FacebookShare to Pinterest
Labels: - US, Germs 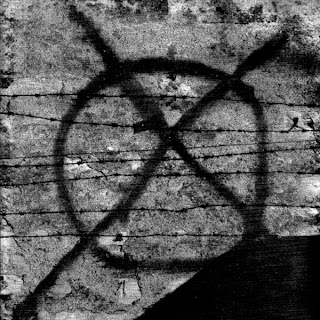 Circle X - 1979 - Circle X 7'' (US)
download
.
Circle X's devotion to obscurity is legendary. Formed in 1978 in Louisville, long before that Kentucky city attracted any hipster attention, the quartet specialized in a raw but philosophical hiss that predated the whole '80s gut-rock explosion (Swans, Sonic Youth, Live Skull, etc.). The group's history — peppered with hiatuses stemming from careers in painting, book projects and disdain for both independent and mainstream venues and labels — proves that artists can work on their own terms, affecting a minute but dedicated audience without the crassness imposed by promoters and hype-crazed entrepreneurs. With complex song structures, a fondness for meticulous packaging and elaborate onstage spectacles, Circle X consciously shunned any trace of stale professionalism, cynicism or classicism. Every rare utterance from these unsentimental adventurers possesses a passion and a manifesto-writing fervor usually reserved for turn-of-the-century culture movements.
Solidified when art students Wm. Bruce Witsiepe and Tony Pinotti abandoned Louisville's first punk act, No Fun (which also included future Babylon Dance Band/Antietam folks), to join brothers Rik Letendre and Dave Letendre (who played in the I-Holes), Circle X rapidly burned out its initial home but left estimable scars. (Local luminary David Grubbs had a hand in the CD reissue of the first EP.) By the end of '78, the foursome had relocated to NYC, then to Dijon, France for nine months.
The untitled 12-inch debut was practically unmatched in its day. Identified only by a symbol on the cover (a spray-painted circle with an "X" through it; the spelled-out name first appeared in '83), it pits Pinotti's screeched vocals against Witsiepe and the Letendres' bass-less, barely contained distorto-blare. The blues-tinged "Tender" shows slight restraint, but "Underworld" prefigures and transcends hardcore blur. Nothing sounded like this in 1979. Circle X caught the tail end of the no wave scene and out-waved it with a mere four ear-splitting compositions.
Returning to New York, the original lineup laid down the calmer, more ambitious Prehistory in 1981. Submerging energy in sloppy polyrhythms and echoey dub production, the album sometimes drags haphazardly and generally lacks its predecessor’s field-plowing impact. Although it has enough to be worthwhile (especially "Culture Progress," "Prehistory Part II," a retooled "Underworld"), the group’s unfortunate tendency to flail off-beat or out-of-tune makes this a developmental document.
Members of Circle X spent the mid ’80s in splinter ensembles (the Life of Falconettie, Gin Ray, Von Zeit Zu Zeit) or gigging infrequently under a pseudonym (Dear John). A most welcome resurgence, with drummer Mike McShane replacing Dave Letendre, yielded twin tracks on a flexi that accompanied the musicians’ Anti-Utopia publication (1990) and on Matador Records’ New York Eye and Ear Control compilation (1991). Both takes of "Crash" posit a dissected J.G. Ballard text in a creeping, tape loop-abetted grind. David Cronenberg’s subsequent film of the same novel pales by comparison.
The aimless three-inch CD Frammenti de Junk was conceived during the same period. Though packaged with an attractive foldout booklet and fleshed-out with guests on bass and violin, it’s self-indulgent and passive. The mellifluous "Sweetened Tea," however, taps into unexpected beauty.
Four early-'90s, white-vinyl singles, largely featuring Loudspeaker drummer Martin Köb (ex-Wall Drug/Dustdevils), made a stronger case for Circle X's return. Hitting the highs of thrusting semi-accessibility ("Shiny Blue Orb," the Mars tribute "33/Puerto Rican Ghost"), menacing, sample-driven sludge ("Compression of the Species") and sedated, sinister experiments ("Crooky Crain," "The Pleasure Gallows"), The Ivory Tower's exquisitely assembled, limited-edition box set of these 7-inches is well worth one’s piggy bank's entrails. Pinotti's processed-to-hell screams and electronics suggest avant-garde theater and the Tasmanian Devil, while Witsiepe mutters malevolently and scratches a metal file against his disintegrating guitar. The sure-footed pounding recontextualizes the first EP's careening instability into a semi-harnessed, boldly modern squall.
Circle X finally readied a second proper full-length in 1994. Absorbing all prior sonic explorations, the intricate, confident Celestial is a watershed. It includes tumbling grit like the previous singles, newly articulate Frammenti-ish oddities, a magnificent musique concrète centerpiece and "Some Things Don't Grow Back," a sad ballad of sorts. From the brush-stroked psychedelia of "Pulley" to the turbo-charged riffs of "Tell My Horse," the diverse, honed ideas function in an impressive cycle of thought-provoking bludgeons and sublime dirges.
Circle X completed its pièce de résistance without a minute to spare; in 1995, the death of chief strategist Witsiepe tragically ended the band in its late-blooming prime. [Jordan Mamone]
This piece was first published in Badaboom Gramophone #3 and appears here withOUT permission.
.
source Louis Ville Hardcore (link)
Posted by isksp at 3:59 PM 3 comments:

Email ThisBlogThis!Share to TwitterShare to FacebookShare to Pinterest
Labels: - US, Circle X 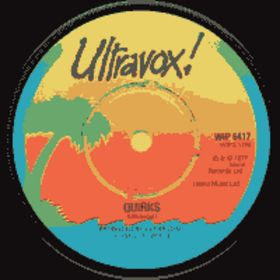 Email ThisBlogThis!Share to TwitterShare to FacebookShare to Pinterest
Labels: - US, Ultravox 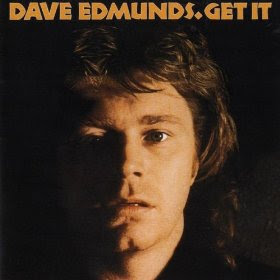 Amber Squad, The - 2007 - Arewehavinganotherinhereorwhat? (UK)
download
.
Coming out of Rutland (near Lincoln) in early 1980, the Amber Squad played a fine mix of Pub Rock / Power-Pop / Ska and Punk Rock and soon built up a reputation as a great live band with their powerful originals and classic R&B covers. Releasing their debut single 'I Can't Put My Finger On You' in 1980 on the `S+T' label, the band stretched their wings and made a break for the bright lights of the gigging circuit in London and Birmingham. The band switched to the Lincoln based `Dead Dead Good' label for their second single `Can We Go Dancing' and they found themselves on the Radio 1 playlist, being featured on John Peel's show and on Kid Jensen's Round Table. The following year they appeared on the `S+T' compilation `Where The Hell Is Leicester' with the unreleased track `Six of Me', however after years slogging around the gigging circuit eventually reality hit home in the form of proper jobs and mortgages and the band called it a day. Now Detour Records present to you the band's entire recorded output on one lovingly crafted package. Featuring both singles, the compilation appearance and 14 previously unreleased tracks and great artwork and liner notes by the band this is a release that anyone with an interest in the Mod / Punk era cannot afford to be without. 2006.
.
source Amazon (link)
Posted by isksp at 4:52 PM 2 comments: 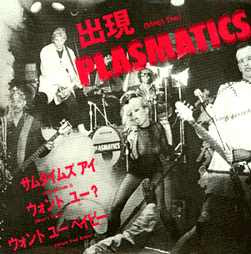 Email ThisBlogThis!Share to TwitterShare to FacebookShare to Pinterest
Labels: - US, Plasmatics 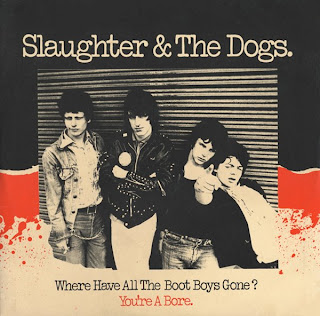 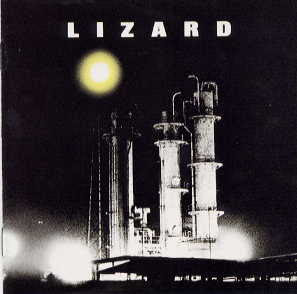 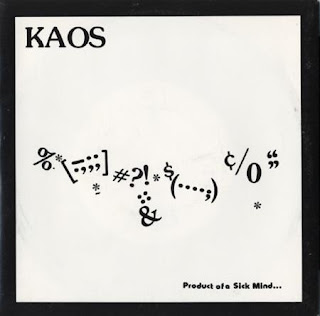 Kaos - 1980 - Product Of A Sick Mind 7'' (US)
download
.
KAOS: Product Of Sick Mind EP (What Records, W7-1216) 1980. 200 copies of 45. Later came out as a 12` and shortly after they split. Kaos was formed by singer Guitarist Johnny Stingray after the Controllers split up. The Bassist of their last lineup later went to form Americas Hardcore, then later join Crucifix.
.
source Punk Rock Picture Sleeves (link)
Posted by isksp at 12:41 PM 1 comment:

Email ThisBlogThis!Share to TwitterShare to FacebookShare to Pinterest
Labels: - US, Kaos 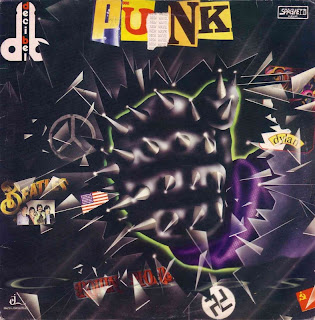 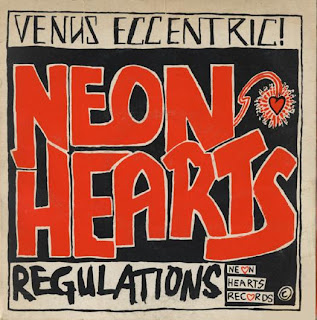 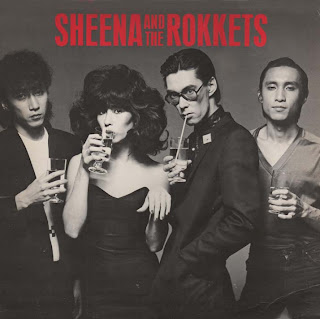 Email ThisBlogThis!Share to TwitterShare to FacebookShare to Pinterest
Labels: - Japan, Sheena and The Rokkets

Email ThisBlogThis!Share to TwitterShare to FacebookShare to Pinterest
Labels: - US, Art Object 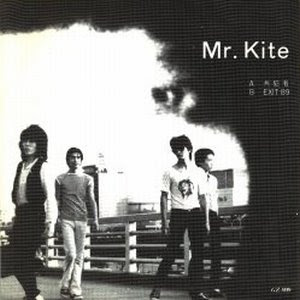 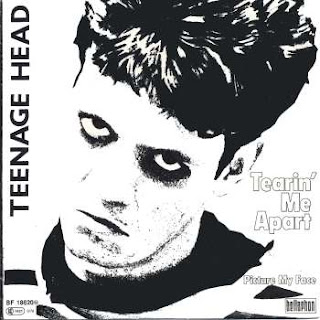 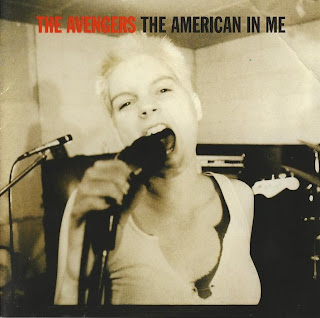