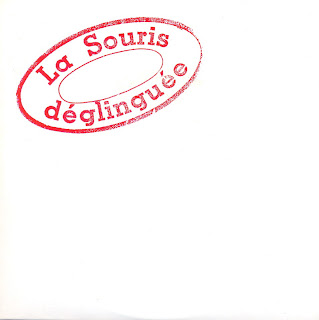 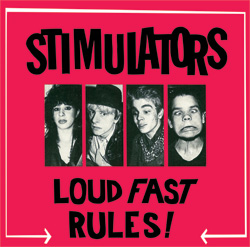 Stimulators - 1982 - Loud Fast Rules! (tape) (US)
donwload@rapidshare
donwload@multiupload
.
The Stimulators, a formerly well-known underground New York punk/rock band (1978-1982) have not played on a bill with the internationally renowned, profoundly acclaimed and much-copied Bad Brains since 1981 or 82. This special reunion at CBGB's during its farewell days is a not-to-be-missed event!  In the distant past these two bands played numerous shows together, helping mobilize what was to become a large underground punk community in NYC.  The Stimulators classic anthem "Loud Fast Rules!" became a battle cry for local punks while their song M.A.C.H.I.N.E. can be acknowledged as one of the earliest "hardcore" songs. They were instrumental in introducing the Bad Brains, a black punk/rock band from D.C. to the world via the clubs of New York and to the large, very young audience the Stimulators had at that time. The Stimulators were unique, playing speeded-up punk/pop featuring an 11-year-old-wunderkind drummer Harley Flanagan (who went on to form the Cro-Mags, considered by many throughout the world to be the defining metal-core band), and Denise Mercedes, the Stimulators founder and blazing guitarist/primary songwriter. Singer Patrick Mack (deceased) somersaulted throughout the set and dived in the audience with wildly dancing fans, making it necessary for clubs like Max's Kansas City to start removing all tables and chairs from the stage area before their shows. Bassist Nick Marden, a legend in his own right who played with the band in its heyday, will complete the lineup at Wednesday's show and take on the singing. The Stims had a legion of underage safety-pinned, ripped-t-shirted fans that flocked to every gig the group played, a monumental achievement in the pre-internet world of the late 70's/early 80's where only word-of-mouth was the coin of the day. This widely noted phenomenon led to the creation of the "matinee" at CBGB's, where underage kids who wanted to hear this kind of exciting music could legally enter a club and watch the bands.

Together in those early days, The Stimulators, the Bad Brains, along with The Mad, a theatrical punkish/rock group featuring Screaming Mad George, were at the forefront, helping keep punk rock alive in NYC during the transitional period when the press was dismissing these and other local bands of the ilk stating that "Punk was dead." There were few venues to play in the still-dangerous Lower East Side of the late 70's-early 80's. Limited clubs in town to perform this music included Max's, Irving Plaza, basements, & a small pizzeria-turned "Club X" (upon occasion) by impromptu punk promoter Johnny Stiff, plus a few other far-flung places. Fan-turned-rock writer Jack Rabid helped the budding scene with documentation of its activities.

The introduction and effect the music of the Bad Brains (formed 1978-present) had on the rising scene at that pivotal time was explosive. Their completely original attack on punk/rock hooked listeners from the first screaming notes to the thunderous grand finale, with singer H.R. vocalizing lyrics at lightening speed while tumbling and doing huge stage acrobatics thrilling the awestruck crowds.  The Bad Brains turned everything up side down and it hasn't come down since. The Stimulators and the Bad Brains are credited with mid-wife-ing the birth of New York Hardcore (NYHC), the fast & furious assault on rock music that has taken on long-lasting world-wide proportions, with many acclaimed New York bands like Cro-Mags, Murphy's Law, Agnostic Front, etc. achieving international prominence. The Stimulators left little recorded documentation of their presence, but for further information on this band and these specific early days of the New York Punk to the New York Hardcore scene, see ROIR (Reach Out International Records) liner notes on The Stimulator's 1982 cassette format live-album "Loud Fast Rules!" written by Peter Crowley, former talent coordinator at Max's Kansas City and Jack Rabid's Big Take Over magazine's earliest editions.
.
source here!

Email ThisBlogThis!Share to TwitterShare to FacebookShare to Pinterest
Labels: - US, Stimulators 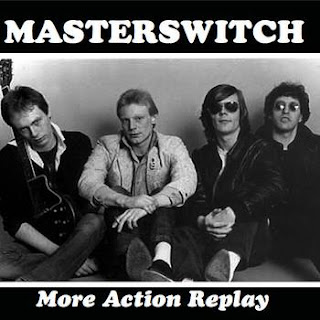 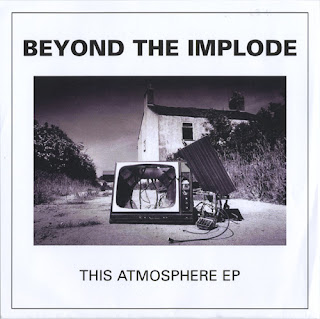 Beyond the Implode - 2009 - This Atmosphere EP (UK)
download@rapidshare
download@multiupload
Posted by isksp at 6:57 PM 12 comments: