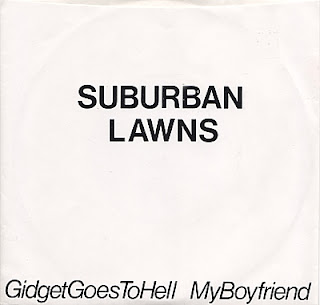 The 1979 debut single "Gidget Goes to Hell" (released on their own Suburban Industrial label) gained the band notoriety when its Jonathan Demme-directed music video was shown on Saturday Night Live.

The lyrics of "Janitor" were derived from a real-life conversation between Sue McLane and friend Brian Smith. According to Brian, the two were conversing in a loud room when they first met:

"She asked me what I did for a living. I said 'I'm a janitor,' and she thought I said 'Oh my genitals.' [Richard Whitney] overheard this and wrote the song."

After Suburban Lawns folded, Whitney and Ranson formed a new, short-lived band called The Lawns, while McLane attended Berklee College of Music, where she studied piano.

A Suburban Lawns poster is seen in the movie Fast Times at Ridgemont High, hanging on the wall in the bedroom of the character Damone.
.
source here!
Posted by isksp at 6:57 PM 1 comment:

Email ThisBlogThis!Share to TwitterShare to FacebookShare to Pinterest
Labels: - US, suburban lawns 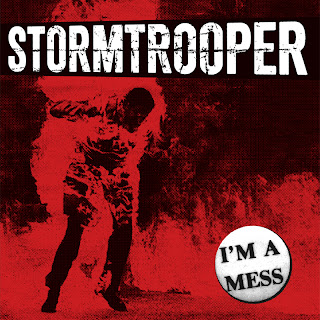