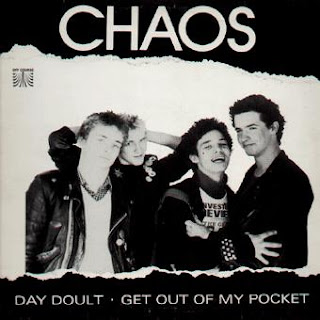 Spitfire Boys, The - 1979 - Funtime/Transcendal Changing 7''
download
.
The Spitfire Boys were the first Liverpool punk band to release a single ("British Refugee" c/w "Mein Kampf"). The Spitfire Boys were mainly notable for including in their line-up Budgie, who went on to drum for The Slits and later Siouxsie & the Banshees (as well as marrying Siouxsie of the Banshees), and Paul Rutherford, later better known for being a member of 1980s pop band Frankie Goes to Hollywood. Jones (aka guitarist David Littler) went on to join The Photons, which also included Steve Strange (Visage) and Vince Ely (Psychedelic Furs).
In July 2006 the band had "British Refugee" re-released on a Korova Records compilation album, entitled North by Northwest, which was compiled by Paul Morley.
.
source Wikipedia (link)
and thanks to NDN Records for the cover!
Posted by isksp at 4:24 PM 1 comment: 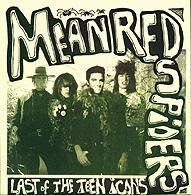 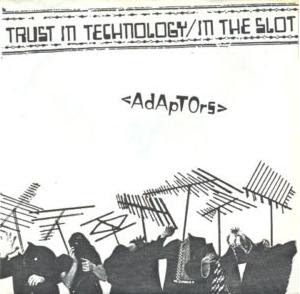 Email ThisBlogThis!Share to TwitterShare to FacebookShare to Pinterest
Labels: - US, Adaptors 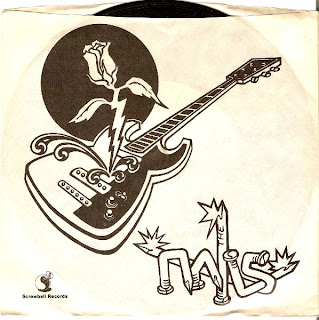 Nails, The - 1977 - Cops Are Punks 7''
download
.
Notes: Two different versions of the picture sleeve exists. The first is credited to "The Ravers" (the band's original name) then this with the sleeve credited to The Nails. Recorded at Mountain Ears Studio in Boulder, CO as part of 9 song demo tape.
Posted by isksp at 4:01 PM 1 comment:

Email ThisBlogThis!Share to TwitterShare to FacebookShare to Pinterest
Labels: Nails 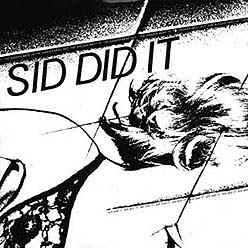 Nazis Against Fascism - 1979 - Sid Did It 7''
download
.
What a witty name! (not) Ben Brierley, who was in the Vibrators and The Front for a short time plays all the instruments, and Heathcote Williams provides what can only be described as 'interesting' lyrics on this artifact. Its okayish...a bit overlong... and a bit ... well stupid. Claims to have a different version on each side of the single but I've never worked it out. The lyrics are underneath... What were they on ???? !!!. Sid Did It / Sid Did It ( radio version) (1979 Truth Records) One of several Sid songs that came out at the time including The Surgeons and Cash Pussies.Heathcote's poetry seems to feature a lot of sexual violence themes. To sample perhaps the best of his stuff set to music try the awesome 'Why D'ya Do It' on the album Broken English by Marianne Faithfull.
.
source punk77.co.uk (link)
Posted by isksp at 7:26 PM 5 comments:

Email ThisBlogThis!Share to TwitterShare to FacebookShare to Pinterest
Labels: Nazis Against Fascism 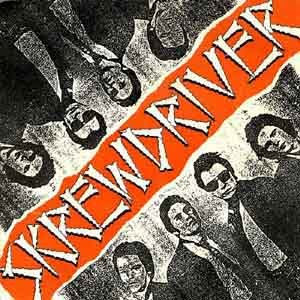 Email ThisBlogThis!Share to TwitterShare to FacebookShare to Pinterest
Labels: Skrewdriver 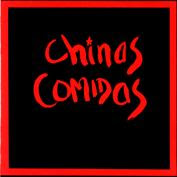 Email ThisBlogThis!Share to TwitterShare to FacebookShare to Pinterest
Labels: - US, Chinas Comidas 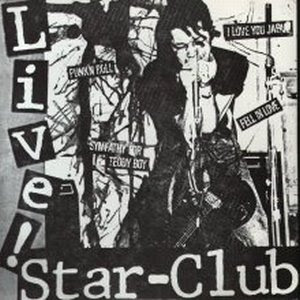 Star Club - 1977 - The Star Club Go To Hell [EP] [7''] [192k]
download
.
THE STAR CLUB were formed in Nagoya, Japan in April of 1977. The first line up is sketchy but was probably made up of Hikage, vocals; Kaoru, guitars; Eddie, bass; Kouji, drums. THE STAR CLUB were the first punk band in Nagoya. The band quickly gathered a cult following locally and in 1978 released their first record, a live 7". The band were fairly raw at this point playing heavily English influenced punk with a rock and roll edge. I believe that they were banned from some radio stations. A demo cassette was released in 1979, which has never been officially released, but has been bootlegged. I have a live bootleg from 1979 and I'm fairly certain that these are actually one and the same.
.
source Euro-punk
Posted by isksp at 4:34 PM 2 comments: 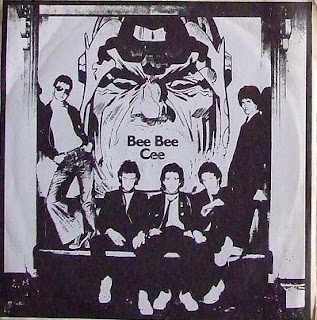 Bee Bee Cee - 1977 - You Gotta Know Girl 7''
download
.
Leaving aside the the not exactly inspiring name this single You Gotta Know Girl / We Ain't Listening (Rel Records 1977) is actually quite good - eenrgetic and loud. The band hailed from Edinburgh and sadly this was their one and only single.
Dave Gilhooley - Vocals.
Blackie - Keyboards.
Callum McNair - Guitar.
Bob Gilhooley - Bass.
Zokko - Drums.
.
source punk77.co.uk (link)
Posted by isksp at 4:03 PM 1 comment: 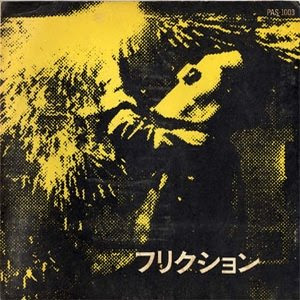 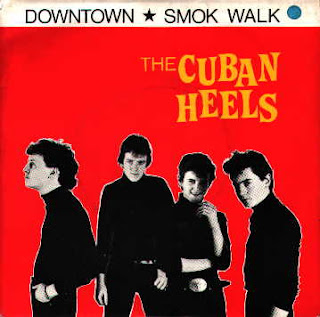 Cuban Heels - 1978 - Downtown/Do The Smok Walk 7''
download
.
With a name like that and black polo necks like that they were never going to be exactly punky. Strange that. Just as The Johnny & The Self Abusers single on Chiswick was pressed their manager rang Chiswick to say the band had split into two. The two bands were Simple Minds and The Cuban Heels.
A tolerable pop at the Dusty Springfield number.
Band: John Malarkey - Vocals, Paul Armour - Bass, Laurie Cuffe - Guitar and David Duncan - Drums.
.
source punk77.co.uk (link)
Posted by isksp at 7:08 PM 1 comment: 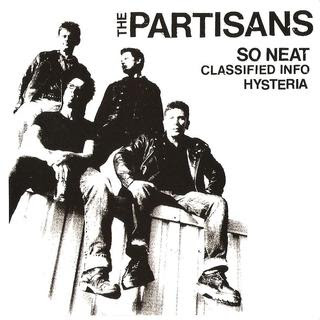 Email ThisBlogThis!Share to TwitterShare to FacebookShare to Pinterest
Labels: Partisans 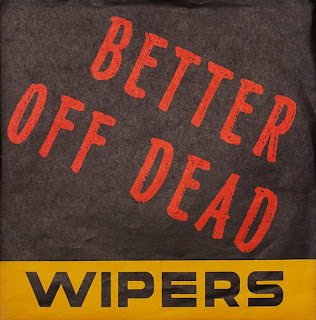