Those Intrinsic Intellectuals - 1980 - Radio Iceland / Do The Executive 7'' 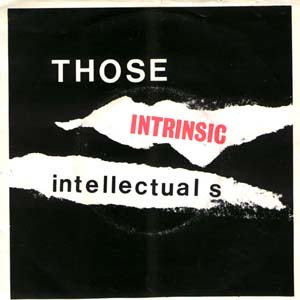 Those Intrinsic Intellectuals - 1980 - Radio Iceland / Do The Executive 7''
download
.
From Scotland`s Western Isles.
.
thanks to Punk Rock Picture Sleeves for the cover!
Posted by isksp at 4:24 PM No comments:

Email ThisBlogThis!Share to TwitterShare to FacebookShare to Pinterest
Labels: Those Intrinsic Intellectuals

Hoax, The - 1979 - Only The Blind Can See In The Dark 7''
download
.
The Hoax were formed in Manchester in 1979. The first line up was Ian Chambers on vocals. Andy Farley (Fox) guitar and backing vocals, Steve Mardy (Sox) bass and backing vocals, and Mike Joyce on drums.
Steve Mardy tells the story: In February 1978 I bumped into a drunken heap called Ian Chambers in Rafters night club, and promptly sold him a 15” speaker bass speaker. Two months later, Ian invited me to plug it in and meet Andy Farley. The three of us formed an un-named band who went on to audition a number of drummers until late December 1978 when we played our first ever gig at The Highland Laddie pub, Ashton-u-Lyne. It was Tameside College’s Christmas party promoted by Brain Turner – of The Frantic Elevators and later going on to manage Happy Mondays in 1987/88.
Whilst rehearsing at TJM in March 1979, Mike Joyce joined what would be The Hoax. In December 1979, Ian fell out with Mike over a woman and promptly left before the release of the group’s first 7” EP ‘Only The Blind Can See In The Dark’ recorded two months earlier at the Cargo Studios in Rochdale.
In January 1980 and whilst recording at Cargo Studios the forthcoming eight track 12” EP ‘So What’, the band played in Manchester at such forgotten venues as: The Mayflower, M/C Polytechnic, The Cyprus Tavern, Band on the Wall, and across other North West venues. The Hoax flirted with the Manchester Musician’s Collective and recorded for its second album ‘Unzipping the Abstract’.
Between December 1980 and May 1981, the Hoax continued to play and recorded their final four track 12” single ‘Quite in the Sixpennys’ The final recording for the threesome was compilation track for the ’Ten from the Madhouse’ album.
Between May and July 1981, amidst an ‘arresting’ mini tour of Belgium, surfing the summer riots, a demoralised final gig at the Anti-Nazi League event at UMIST, and an anti-royal wedding gig debacle with Manchester Council, Mike decided drum lessons and not playing was his way forward, whilst Steve decided on another way to reach an audience.
Chris Corvette takes over the story. (Please note that this version of events maybe clouded by old age, alcohol, drugs etc.)
As I remember, I was playing bass guitar for my first punk rock band (c.1980) called ‘Random Gender’ in and around the Manchester area. I was also a massive fan of the legendry punk band ‘The Hoax’ (Farley/Mardy/Joyce) and attended many of their early gigs. I got talking to the guys and managed to blag some support slots with the them. We gigged mainly in the north west and even managed to get a third support slot with ‘The Exploited’ and ‘The Hoax’ at Cleopatra’s in Huddersfield on the ‘Army Life’ tour.
Shortly after that Steve Mardy (bass) left the band to pursue a career elsewhere and I was invited to join the band by Andy. Obviously I wasn’t going to refuse and got straight to work learning the songs. We rehearsed at TJM studios in central Manchester and the attic of a derelict shop in Ashton-Under-Lyne! During this period, Mike Joyce decided to leave and join a band called ‘The Smiths’. We thought he was fuckin’ mad to leave the ‘best’ punk band in Manchester to join some shitty pop band, how could we be so wrong!
Enter Peter Flannigan aka ‘Flannel’ on drums. The band had now taken on a new shape and direction, so Andy decided that he would hang up his guitar and concentrate on his vocals.Graham Atkinson aka ‘Aky’ was a very good friend of Flannels from a previous band, and he was now recruited to play guitar.
The band entered Hologramme Studios in Stockport (see single for date) to record the 4 track EP ‘Blind Panic’ which was later released on Holograme Records (no connection) with Chris Corvette appearing mysteriously as ‘5092’ & Aky as 'Sly' this collectors item EP sold well around the Manchester area and in the south via Rough Trade/Small Wonder etc.
The band then entered a local council sponsored battle of the bands event and preceded to totally upset the judges with a spitting and sneering punk rock performance, performing such classics as ‘Rich Royal’ and ‘Assassinate the Prime Minister’. The boys, on discovering they had been placed 22nd out of 23, confronted the judges in a beer fuelled rage and demanded they be placed last? - but the judges refused.
Andy was now writing new material which was taking the band in a new, hardcore punk direction. The band members voiced there concerns at the style of music and were all promptly sacked by Andy. - R.I.P. ’The Hoax’.
.
source Punk Domain (link)
Thanks to NDN Records for the cover!
Posted by isksp at 4:19 PM 1 comment:

Email ThisBlogThis!Share to TwitterShare to FacebookShare to Pinterest
Labels: Hoax

Critical Mass - 1978 - Silver Screen 7''
download
.
These days — that is, more than a dozen years after the first volume of Killed By Death (a bootleg compilation series of rare early punk releases) — it's extremely rare to find an "unknown" record, much less a good one. CRITICAL MASS has proven that there is still hope for the world of punk fans craving previously unheard late 70's punk rock. Let's put it this way: the record inspired me to drive over 1000 miles from Texas to Florida to find out more about the band!
The nucleus of CRITICAL MASS formed in Miami, Florida in fall 1973 around singer-guitarist Mick Fazz. The original line-up included Mick's brother, a friend from junior high on guitar, and another friend, Al ("the proverbial kid next door") on bass. As with so many punk bands (especially true in Texas anyway), Critical Mass found their punk footing in 1977 upon hearing the Sex Pistols "Never Mind The Bollocks" LP. Mick reports that a lukewarm recommendation from a better-than-you record clerk ("it's all right if you don't like your teachers or something") brought the LP to his attention. He, in turn, grabbed his cronies by the collars and dragged them into his room for listening sessions.
It wasn't too much longer till Critical Mass was heading into a Hialeah studio to lay down their own revved-up punk & roll tracks. The band only recorded two songs, both originals. "Silver Screen" and "No One Left To Blame" would comprise the band's first and only single. One spin of the record reveals Mick's appreciation of Johnny Rotten's vocals and Johnny Thunders' guitar — you'd never guess the record was from Florida. 200 copies of the Critical Mass 7in. were released sans picture sleeve in the summer of 1978. Mick found that the other band members didn't share his enthusiasm for the record's release. "I was excited that we finally did something substantial as far as our musical existence was concerned, and I couldn't get any of the other guys to share in my jubilation. The drummer wanted to go play tennis, the bass player had to go to a barbecue, and the other guitarist didn't give a shit!" The local reception to the record was as expected in the days where Eagles cover bands reigned supreme. "I'll never forget some bimbo kicking the jukebox at one club, trying to make the record skip to the end so she could hear the song SHE wanted to hear... 'Hot Legs' by Rod Stewart!"
Over two decades later, it's clear to any who've heard the Critical Mass 7in. that the jukebox bimbo deserved nothing less than a swift kick in the ass. The "Silver Screen" 7in. is a hands-down classic, and nd it preceded The Eat's "Communist Radio" by at least a year. Critical Mass is a swamplands gem indeed.
Epilogue: the revolving door for band members continued its spin with Mick Fazz remaining the only constant throughout. Critical Mass eventually landed a record deal with MCA and released their It's What Inside That Counts LP (an appropriate caption for the band photo above, I might add). With different band members, different aspirations, and different people at the studio controls, the LP is but a shadow of the "Silver Screen" era Critical Mass. It's hard to imagine capturing the 45's energy recording at the studio of a Yes member. Critical Mass continued playing intermittently through 1993, having moved from Miami to Orlando.
.
by Ryan Richardson (link)
Posted by isksp at 2:50 PM 3 comments:

Email ThisBlogThis!Share to TwitterShare to FacebookShare to Pinterest
Labels: - US, Critical Mass 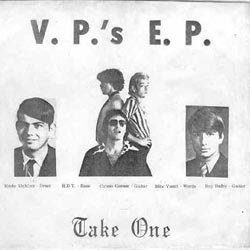 Email ThisBlogThis!Share to TwitterShare to FacebookShare to Pinterest
Labels: - US, Baloney Heads 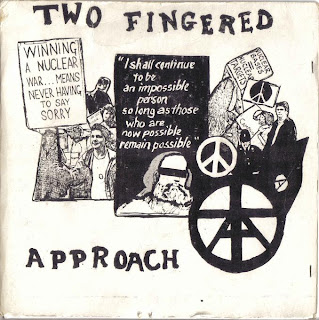 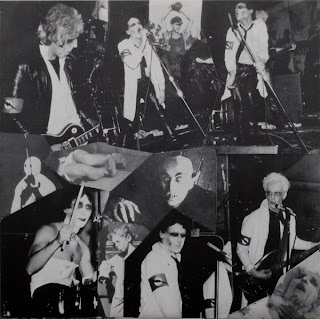 Email ThisBlogThis!Share to TwitterShare to FacebookShare to Pinterest
Labels: - US, Corpse Grinders 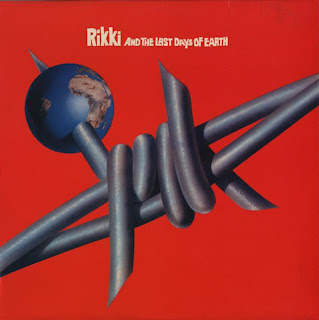 Rikki And The Last Days Of Earth - 1978 - 4 Minute Warning
download
.
Thanks to NDN Records for the cover!
Posted by isksp at 2:16 PM No comments:

Email ThisBlogThis!Share to TwitterShare to FacebookShare to Pinterest
Labels: Rikki And The Last Days Of Earth 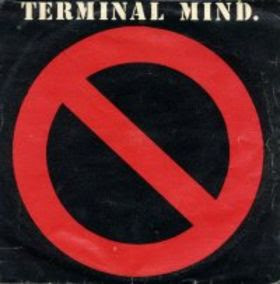 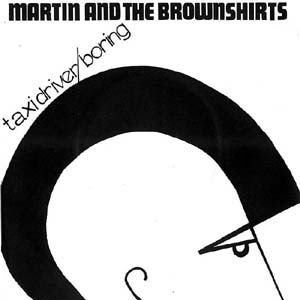 Martin And The Brownshirts - 1978 - Taxi Driver/Boring 7''
download
.
Thanks to Punk Rock Picture Sleeves for the cover!
Posted by isksp at 4:06 PM 2 comments:

Email ThisBlogThis!Share to TwitterShare to FacebookShare to Pinterest
Labels: Martin And The Brownshirts 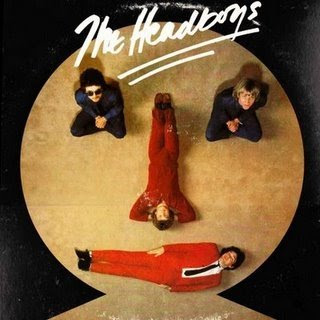 Email ThisBlogThis!Share to TwitterShare to FacebookShare to Pinterest
Labels: Headboys 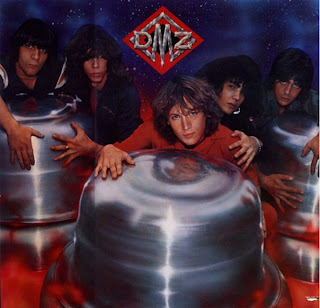 Email ThisBlogThis!Share to TwitterShare to FacebookShare to Pinterest
Labels: DMZ 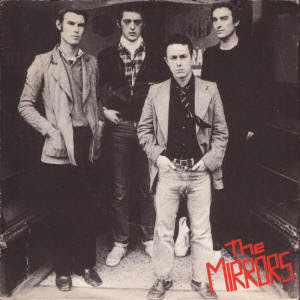