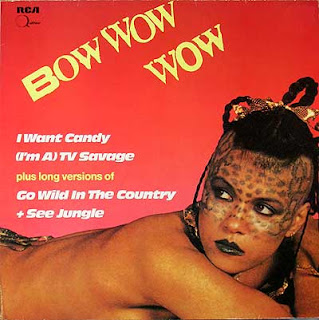 Basura - 1978 - No Seas Lesbiana Mi Amor 7'' (SPN)
download
.
Another sample of the origins of Punk in Spain. This very rare single was originally released in 1978 by the Belter label, and is the only recorded work this short-lived band from Barcelona ever put out. BASURA translates for "garbage", and the songs included for "Don't Be A Lesbian, Honey", and "Waiting At The W.C. Door". Sounds like PUNK, uhhhh???. Well, don't get fooled. They were in fact marketed as "punk" by their label, and they played the Alianza del Poble Nou festival (considered the kickstart of spanish Punk), but truth is they were some sort of working class rock band ("rock de barrio" as it was called here) with musical influences of earlier 70s guitar rock bands, and only the anger and bad manners of Punk. No doubt La Banda Trapera del Rio were the best, most popular, and legendary band outta Barcelona, but along with them there a few others that tried to set the world on fire in those days of Spain's young democracy. BASURA were one of them, and this was their only single. Original copies are always sold for big money on collectors'fairs and internet sites, but it's easier to get our reissue, from the original master tapes, and in an exact reproduction of the original artwork.
.
source Soundflat (link)
Posted by isksp at 3:14 PM 10 comments: 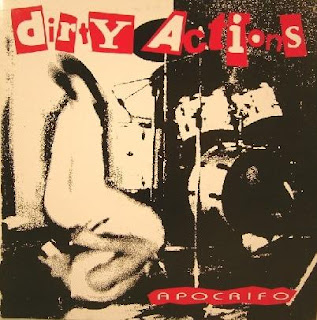 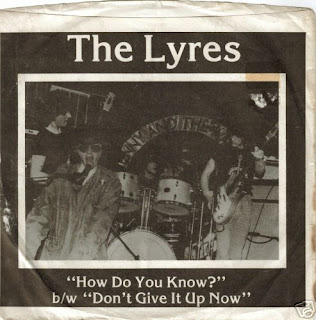 Lyres - 1979 - How do You Know 7'' (US)
download
.
Lyres (sometimes credited as The Lyres) are a Boston-area alternative rock musical group led by Jeff "Monoman" Conolly. Lyres were founded in 1979 following the breakup of DMZ. Their most popular songs included "What A Girl Can't Do" and "Help You Ann". The original lineup of the band featured DMZ guitarist J.J. Rassler.
Former DMZ members Rassler, Rick Coraccio, Paul Murphy, and Peter Greenberg had rejoined Connolly in Lyres over the course of their existence (from 1979 to the early 2000s). Miriam Linna, former drummer of The Cramps and The A-Bones, played in Lyres in 1986. Stiv Bators of The Dead Boys and Lords of the New Church, and Wally Tax of The Outsiders also recorded with Lyres in the late 1980s.
Lyres were less active in the 1990s, due to Conolly living in California and in Europe for brief periods of time. After a renewed period of activity in the early 2000s, the band went through another dormant period up until 2005. The band has been playing regularly during the last two years. Conolly is the only member who has been in every lineup during the large number of personnel changes that Lyres have gone through over the years.
.
source Wikipedia (link)
Posted by isksp at 5:46 PM 2 comments:

Email ThisBlogThis!Share to TwitterShare to FacebookShare to Pinterest
Labels: - US, Lyres

Email ThisBlogThis!Share to TwitterShare to FacebookShare to Pinterest
Labels: - US, Beat 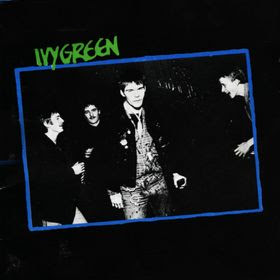 Email ThisBlogThis!Share to TwitterShare to FacebookShare to Pinterest
Labels: - US, Rotters 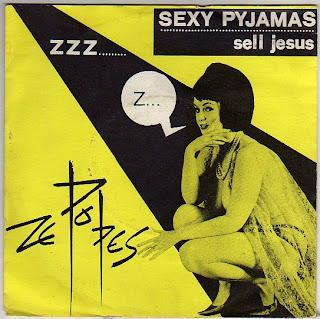 Ze Popes - 1979 - Sexy Pyjamas 7'' (NL)
download
.
In 1978, Orpheus formed Ze Popes with Erik Eysbouts and another member of The Gravity, Jan Bloemers. The most famous track of Ze Popes was ‘Sexy pyjamas’. In fact, one evening in the late 1970s, Orpheus was listening to the radio and heard John Peel playing, and commenting very favourably, on this single. "We would be interested to hear what John Peel thought of the title as we can’t imagine that he did not comment on it.."
.
source Orpheus Roovers (link)
Posted by isksp at 6:58 PM No comments: 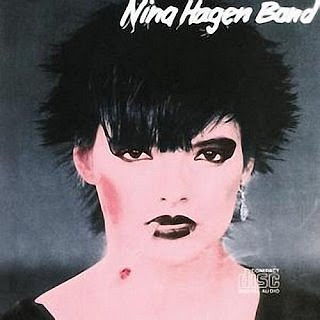 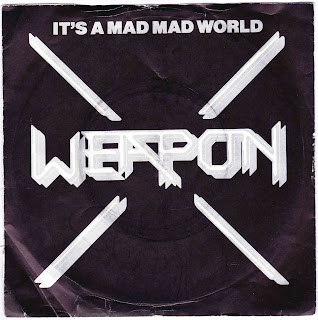 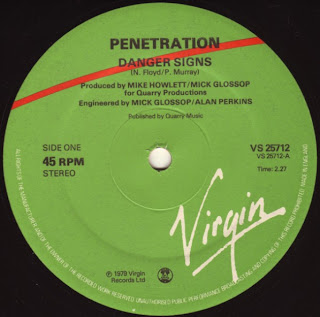 Penetration - 1979 - Danger Signs 12'' (UK)
download
.
Penetration were a punk rock band from County Durham originally formed in 1976. They re-formed in 2001 with several new members.
Their debut single, "Don’t Dictate", is now acknowledged as a classic punk rock single and their debut album, Moving Targets (1978), is still widely admired.
“ A decidedly more “rawk” proposition than many of the three-chord trainee anarchists on the scene, Murray drawing inevitable comparisions with both Patti Smith and Siouxsie Sioux for her force of personality and the strength / style of her voice.
The lead singer is Pauline Murray. Other members included Robert Blamire, Gary Smallman, and Gary Chaplin, and later Neale Floyd and Fred Purser. Steve Wallace and Paul Harvey were drafted in as new guitarists in 2001.
The band took their name from an Iggy Pop song and played their first gig in October 1976. Their second gig was supporting The Stranglers at Newcastle City Hall. Significantly, the band also played at the now-legendary punk club The Roxy during its first 100 days. On 9 April 1977, the band appeared on the same bill as Generation X. Early in their career, the band also supported The Vibrators and toured with the Buzzcocks.
After the release of their second single, Penetration recorded the first of two sessions for John Peel at BBC Radio 1 in July 1978. Later that year, the band released their debut album. Moving Target was number 6 in the Sounds Critics’ albums of the year; and it made number 13 in the NME critics’ chart.
In 1979, they toured Europe, the US and Britain but the gruelling schedule began to take its toll. A disappointing reaction to Coming Up For Air, the second album, was the final nail in the coffin of the original band. After the band had split an album called Race Against Time was released, which was a collection of early demos and live tracks.
Pauline Murray featured briefly with The Invisible Girls, which also included Robert Blamire as well as other Manchester musicians who drifted in and out such as Vini Reilly, guitarist in the The Durutti Column. John Maher from Buzzcocks drummed for the band. The album that resulted, produced by Martin Hannett, spawned the singles "Dream Sequence" and "Mr.X". Murray also provided vocal for The Only Ones on their track, "Fools".
Pauline Murray worked sporadically as a solo artist under the name 'Pauline Murray and The Storm' with Robert Blamire, Tim Johnston and Paul Harvey. Paul Harvey is also a Stuckist artist. Blamire also worked as a producer for various groups, including the Scars, whose sole LP (1981's Author! Author!) he produced.
.
source Wikipedia (link)
Posted by isksp at 7:14 PM No comments:

Leftovers, The - 1979 - Cigarettes and Alcohol 7'' (AUD)
download
.
Brisbane punk rock band The Leftovers, formed in 1976, had acquired local cult punk hero status in Australia over the years due to their acknowledged reputation in the past for excessive anti social practices, constant harassment by the Queensland Police Force and self destructive deeds. Their musical style fitted the generic conventions of punk but they also paid live homage to earlier proto–punk influences such as Lou Reed and Patti Smith. Image wise, the band was often attributed as being “in the Sex Pistols mould,” even though Leftover’s singer Warren Lamond, loathed Sid Vicious, bassist for the Sex Pistols and admired The Clash.
Originally from Sandgate, Queensland, the band mostly played self promoted hall shows, such as at the Hamilton Hall and the Sandgate Town Hall. From Brisbane punk’s infancy in 1975 to its eventual demise around 1984, these hall venues were seen to be an important and essential part of the developing character of the Brisbane punk rock scene, especially as regular band venues gave only limited or no stage access to punk bands to play their music on.
Like The Saints, they encountered at these hall venues, the disproportionate attention of the law. “Many Leftover gigs were never finished – police would often pull the plug before they had a chance to get through a full set.” The Leftovers had been quoted as saying. However, unlike The Saints, the group never achieved critical success for the duration of their career; only managing to release one E.P. in 1979. The A-side was called Cigarettes and Alcohol and now is considered an Australian punk “classic.”
The band started out with members Warren Lamond on vocals, Jim Shoebridge on guitar, Glenn Smith on bass and Graeme ‘Hutch’ Hutchinson on drums but also had a plethora of other musicians filling in vacant roles. They included also at various times Michael Hiron on drums, Mark Troy on saxophone, Johnny Burnaway, guitar and Ed Wreckage, first drums and then guitar. Some of these members went on to join up with The Riptides at various times.
The Leftovers went to tour Sydney but before their first live show there, they were thrown out by the hotel Manager, their guitarist Jim Shoebridge was viciously assaulted and had to be hospitalized, receiving numerous stitches to his eye and mouth, their drum kit was no longer usable and singer Warren Lamond overdosed on drugs. After this they became disillusioned with Sydney and vowed to never return. “We decided we were never gonna play in Sydney again no matter what. They could all go and get fucked. Brisbane was fun and they were all a pack of cockhead yobbos. They were the same as all the fucken yobbos as far as we were concerned. There wasn't one bit of artistic culture down there. Didn't matter who they were for years, we just thought, Nup!” said Ed Wreckage on his opinion of Sydney.
The band’s misfortune continued in a downward spiral which led them to disband in 1979. After the split, came a string of tragedies to the band ex-members with suicide attempts, prison for drug offences and premature deaths.
In 1983, they managed to reform for one last live show.
In the early 2000’s a retrospective CD of Leftovers was released called The Fucken Leftovers Hate You. The material included recorded songs including Patti Smith’s Hermine and a collection of live recordings.
.
source Wikipedia (link)
Posted by isksp at 7:12 PM No comments:

Email ThisBlogThis!Share to TwitterShare to FacebookShare to Pinterest
Labels: - US, Low Numbers 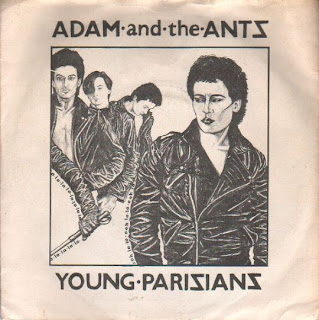 Email ThisBlogThis!Share to TwitterShare to FacebookShare to Pinterest
Labels: - UK, Adam and the Ants 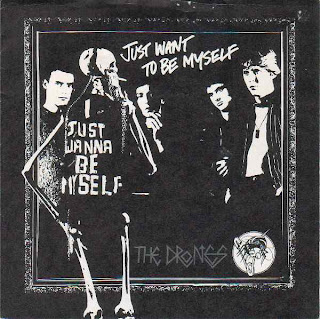 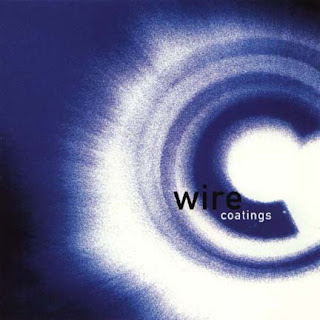 Wire - 1997 - Coatings (UK)
download
.
Coatings is essentially WMO's answer to Mute's The A List, providing a compilation of Wire's '80s and '90s output. However, in keeping with the label's mandate of supplying rare or unreleased material, Coatings offers B-sides and curiosities rather than parading the most popular Wire tracks from the second part of the band's history.
It fares a lot better than you might think. Ignore the poor opener (the hard-to-tolerate, feedback-drenched Ambulance Chasers) and start the listening experience proper with an alternative A Serious of Snakes. Harder and more dissonant than the Snakedrill version, you will probably wonder why this version didn't appear instead of the officially released one. Other highlights include an eerie, ambient version of It's a Boy that leaves little of original intact, and the original mix of Kidney Bingos, lacking the slick overcoat it wears on A Bell is a Cup. The entire '80s Peel session is also included, comprising German Shepherds, Boiling Boy, and a decidedly quirky and effects-laden version of Drill.
Four decidedly electronic tracks finish the album: a somewhat dodgy club-mix of In Vivo that's probably best avoided, and three pieces that never saw the light of day in the UK. These are all Life in the Manscape B-sides and the best of them is a cynical look at advertising and the media, entitled It Can't be True Can it?
Generally, this album is more 'A list' than The A List itself and is an essential purchase for any fan of Wire's Mute output. A second disc is available separately with the sole track being an 18 minute reworking of Ambitious, commissioned by choreographer Stephen Petronio. While not essential, this is also worth a listen if you're partial to Wire's extended rhythmic offerings. (Craig Grannell, 1998)
.
source Wireviews (link)
Posted by isksp at 5:22 PM 6 comments: 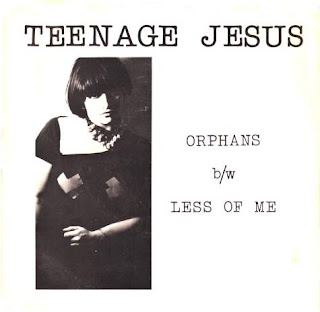 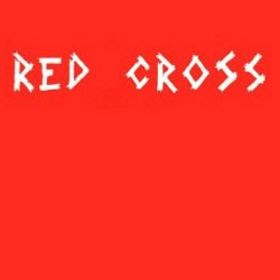 Email ThisBlogThis!Share to TwitterShare to FacebookShare to Pinterest
Labels: - US, Red Cross 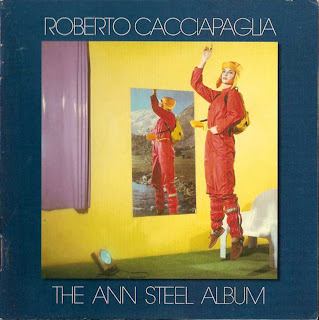