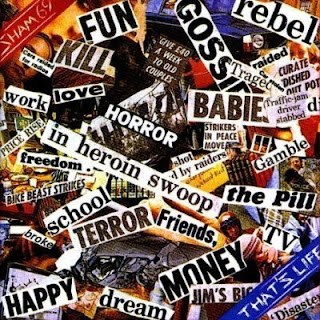 Email ThisBlogThis!Share to TwitterShare to FacebookShare to Pinterest
Labels: Sham 69 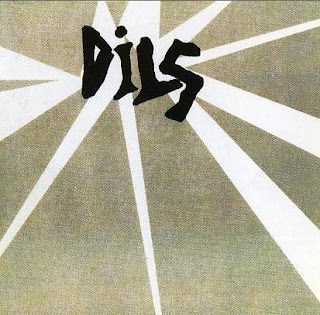 Dils - 1978 - I Hate The Rick 7''
download
.
Soon after forming in 1977 the band relocated to San Francisco, where they would have a significant influence on that city's embryonic punk scene (bassist Tony Kinman would play very briefly with San Francisco punk band The Avengers during 1977), and then Los Angeles, becoming one of the major bands in the early Los Angeles punk scene too. They were known for their conspicuous radical left politics, and for a strong melodic sense that earned them the nickname "punk rock Everly Brothers".
Their debut single was "I Hate The Rich" / "You're Not Blank" (the latter most famously covered by Minneapolis punk band Dillinger Four), on Los Angeles-based label What? Records (also home to The Germs, amongst others), originally released in 1977 in what collectors refer to as the "Oils" sleeve - the lettering chosen for the band's logo looking more like "The Oils" than "The Dils" at first glance. This was later reissued by the same label in a more easy-to-decipher font. Their next record was their critical high-point, 1977's "Class War" / "Mr.Big" (the former most famously covered by Canadian punks D.O.A., issued on L.A.'s groundbreaking Dangerhouse label, in a pressing of 1500 copies entitled "198 Seconds Of The Dils". The last contemporary release was a three-sided double-7", "Made In Canada", which showed a gathering roots rock orientation. The Dils broke up in 1980.
Music from the Dils (including material unreleased during the band's lifetime) remains available.
In their early years, Stephen Schwartz was manager of the Dils.
.
source Wikipedia (link)
Posted by isksp at 6:33 PM No comments: 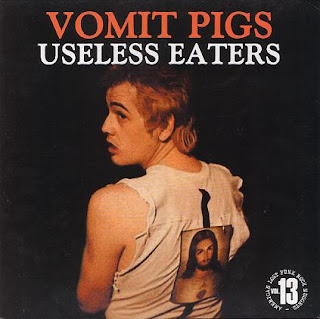 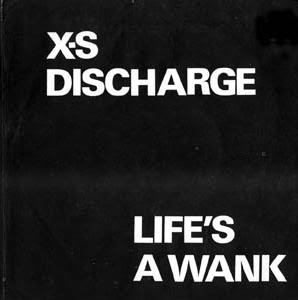 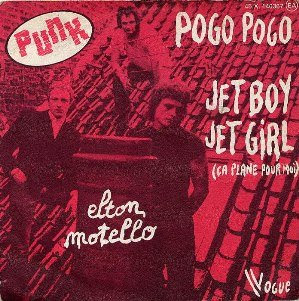 Elton Motello - 1978 - Jet Boy Jet Girl 7''
download
.
"Jet Boy, Jet Girl" is a risqué song by Elton Motello about a 15-year-old boy's sexual relationship with another guy, who then rejects him for a girl. With its chorus of "ooh ooh ooh ooh, he gives me head," it has been embraced as something of a gay punk anthem.
Elton Motello "2" : Alan Ward (real name Timms aka Alan Warst as sound engineer), vocals; Mike Butcher (aka Jet Staxx), guitar; Yves Kengen (aka Yke N. Raxola), bass; Nobby Goff (from Crawley, UK, drums then replaced by Bertr' alias Roger Jouret and very well known as Plastic Bertrand. Elton Motello "1" : Brian James, guitar; Nobby Goff, drums; Alan Ward, vocals and Yves Kengen, bass. (fake group = no recordings issued) It has the same backing track as Plastic Bertrand's "Ça plane pour moi" because after "Jet Boy Jet Girl" was recorded, Bertrand used Motello's musicians to record his track. The producer and lyricist at RKM Publishing at the time deemed the original song's lyrics too controversial to be adapted, so Yvan Lacomblez created the stew of words that became "Ça plane pour moi' to the tune of "Jet Boy Jet Girl".
Alan Ward, the singer/songwriter behind Elton Motello, was circumspect about the song's adaptation by Plastic Bertrand. "We have all been ripped off at some point in our lives," he said in a magazine interview, "but judging by the emails I receive, my lyric has touched many more people and seems to ring a chord in many more hearts than the French one will ever do. That's why I wrote it. If I was meant to be rich it would have happened. But I am rich in the knowledge that my thoughts will never disappear."
In 1989, the FCC, acting on a complaint from activist Jack Thompson fined radio station WIOD $10,000 for allowing talk host Neil Rogers to play the song. Thompson considered the song obscene and the FCC agreed with him.
The song has been covered by numerous bands, including The Damned; Captain Sensible and The Softies and Chron Gen. The Bertrand version "Ça Plane Pour Moi" was covered by Thee Headcoatees, Leila K, Sonic Youth, Telex, and The Presidents of the United States of America. It is currently being featured in an American television commercial campaign for Pepsi. There is also a German version entitled "Bin wieder frei" performed by Benny. The original version received renewed attention when it was included on John Waters' 2007 compilation CD A Date With John Waters.
.
source Wikipedia (link)
Posted by isksp at 4:15 PM No comments: 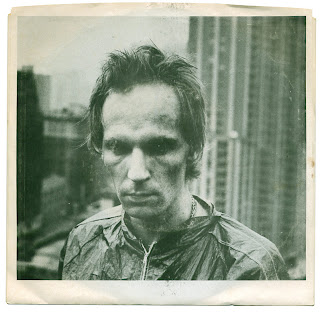 Email ThisBlogThis!Share to TwitterShare to FacebookShare to Pinterest
Labels: Killer Kane
finally i'm with my internet connection back again, and the blog should go on as usual...

thanks for all this visits and pacient during this week