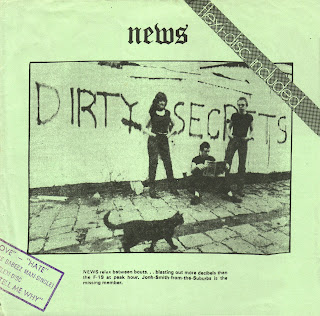 News - 1979 - Dirty Secrets 7'' (AUD)
download
.
The first Melbourne punk record had been the Babeez 3 track EP and this 1 Sided 7` is 2 tracks or one side of that Babeez 7` rubber stamped. The flexi was originally to appear with Pulp #5 magazine, which was never printed. In my opinon the flexi is the better part of this.....Tell Me Why is a great track
.
source Punk Rock Picture Sleeves (link) and thanks very much to Graham for this rip and the scans!
Posted by isksp at 6:46 PM 3 comments: 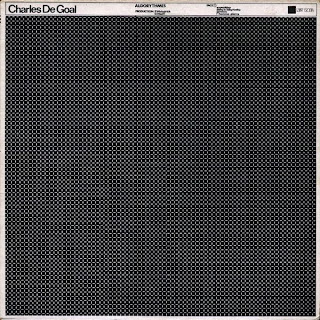 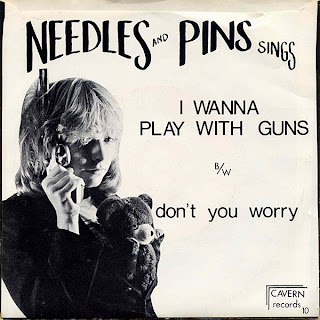 Email ThisBlogThis!Share to TwitterShare to FacebookShare to Pinterest
Labels: - US, Needles and Pins 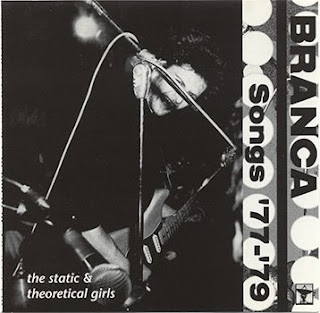 Email ThisBlogThis!Share to TwitterShare to FacebookShare to Pinterest
Labels: - US, Glenn Branca 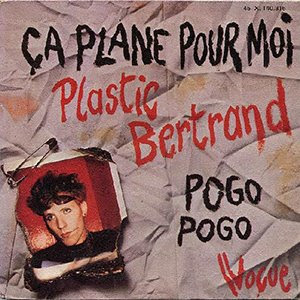 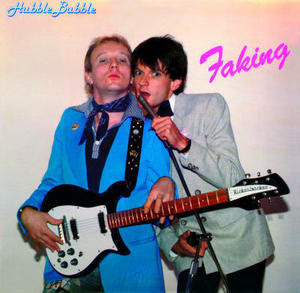 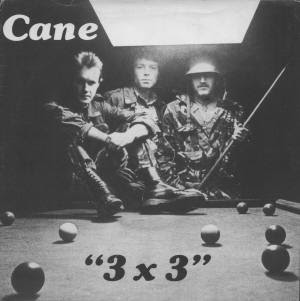 Cane - 1978 - 3x3 7'' (UK)
download
.
A brief history of Cane by Kip - May 2005."Got together with drummer Dave 'Pixie' Parker in 1975, found bass player Steve Jefford and guitarist Chris Battersby and started rehearsing. We did a few of our own songs and covers of stuff like Mott the Hoople and Bowie. In 1976 I got straight into the Pistols, Damned etc, and knew that I wanted to move into that direction.
New songs started to come together, one of the first being 'College Girls', which was written after a gig in early '77 at Cassio College in Watford. On a very pissed night Pixie started coming out with the words and I put some chords to it. Other songs that came along were Teachers Pet, Cadillac Lady, D K Dance, Suburban Guerilla, Wormwood Scrubber and Dice. We never played Dice live 'cos it was so different to the rest of our material, how the fuck it got released as a single I'll never know, it's about five minutes long ! We started playing more gigs at pubs and stuff and hung out and played at Carey Place in Watford along with The Bears. I gave Lightning a ring and they came along to see us rehearse. I guess, like so many other labels, they were keen to sign anything that resembled Punk! They put us into Berry Street studios and we recorded some demos, 'College Girls' being one of them, that Lightning managed to place on the 'Streets' album. Unfortunately Chris couldn't cut the mustard and decided to leave. We did more gigs, one at the Red Cow in Hammersmith supporting The Doll and then went back to the studio to do the single. I was writing more of the songs by this time and somehow Dice came out as the A side.
I must say we were all pretty naive at the time, and Alan Davison, Lightning A&R and producer, didn't push the band as he might have. A Lightning employee called Simon started to get us some gigs, top geezer, and we played with The Raincoats and a few others that I've forgotten. We did one more studio session which included 'Wormwood Scrubber' and it felt like we'd hit a brick wall so I decided to move on. Then I joined The Vibrators." Allegedly Kirk Brandon was once a member of Cane. This is true - but of another band called Cane from Torquay. Not this one!
.
source punk77.co.uk (link) and cover found at Bored Teenagers (link)
Posted by isksp at 7:11 PM 3 comments: 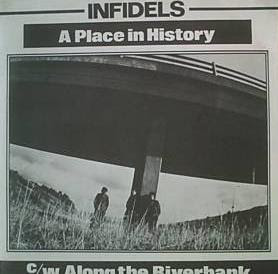 Doubt, The - 2002 - Contrast Disorder (UK)
download
.
One of Bangor, Northern Ireland’s few (if not only) contributions to the punk movement of the late 70’s was in the form of The Doubt, a haphazard teenage four-piece who briefly did their bit to enliven the boredom of growing up in a dead-on-its-arse seaside town.
Along with many others in small towns across Britain and Ireland at the time their immediate musical influences were Bowie, the Pistols, The Ramones, Clash etc blah blah blah. However, a more significant inspiration was a bunch of friends who had formed The Standards, a band comprising Mark Armstrong (drums), Brian Shaw (guitar), John ‘Rat’ Clarke (bass) and David Shannon (vocals). I’m not sure if they even ever played live and I can only remember one original song of theirs , ‘ Don’t Just Watch’, but the fact that they actually got together at all was a MASSIVE inspiration for others to do it.
The original Doubt line-up featured John Clarke from the disbanded Standards together with Hugh ‘Chad’ Cairns, Paul Corken and Steven Clarke. After going on for far too long about Cream, John Clarke was replaced on bass by Robert Scott who had recently disbanded The Skis because of a similar problem with a drummer obsessed by cymbals to an unhealthy degree.
So, armed with an amplifier with three inputs and a drum-kit worth about 28 pence (unpaid), The Doubt were ready to take on the world, or at least annoy the world from their rehearsal room with ever-so-slight sound leakage (i.e. the singer’s living room with the windows wide open).
Now The Doubt rocked, and they rocked to an unchanging beat, such was the drummer’s dedication to his craft. Fuelled by nothing more than cider and ham sandwiches The Doubt sound began to take shape. By the end of their illustrious career they’d even managed to get their Woolworth’s own-brand guitars (almost) in tune.
The Doubt played as many gigs as possible (i.e. not very many) using teenage enthusiasm and stupidity to overcome obstacles such as not having any transport and being underage for licensed premises. On one particularly memorable occasion a human train of ‘roadies’ carried all the equipment necessary a couple of miles to a beach where dozens of purloined extension leads were run across a main road from a friend’s house and the band risked life and limb to play a few songs.
Other illustrious gigs included Hunter’s bar in Bangor where the band were unable to take ‘the stage’ until they’d moved the pool table out of the way. Playing at a birthday party in the Ward Rooms, Groomsport, The Doubt managed to utilise their specially-commissioned long leads to play several sections of the gig with only the drummer left in the same room as the bemused audience. The shy singer was in a yard by himself doing his bedroom Iggy, the guitarist was trying to get served at the bar and the bassist was heading up the queue for the buffet.
The Boxing Day Blarge which featured a full and varied line-up including Boker the Poet and Ricky Rubshite, took place outside a public shelter / toilet where the band were usually to be found imbibing cider and arguing. Perhaps their best show ever was a charity gig arranged by the band which also featured slots by Fifth Column and Belfast bands Ruefrex and The Androids. For the first (and last) time The Doubt had use of a proper PA and played a storming set to a crowd of several hundred.
Inevitably, the band fell out with each other and split up. As the principal songwriters, Corken and Scott decided to go ahead with the release of an EP and roped in Adrian Maddox (Fifth Column’s guitar player) to play drums on the recording while Corken took over vocal duties. During the recording the snare on the snare drum broke. The fact that no spare was available at four in the morning explains the Doubt’s early pioneering use of the 2-Tone drum sound.
The Doubt EP was eventually released on Solo Records in early 1980 after numerous delays and sold a couple of hundred copies locally. It featured the tracks ‘Contrast Disorder’, ‘Time Out’, ’Lookaway’ and ‘Fringes’.
.
source PunkModPop Archives (link)
Posted by isksp at 6:37 PM 1 comment: 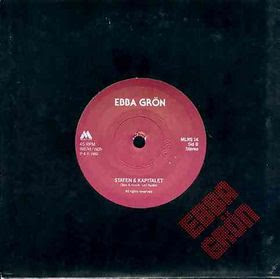 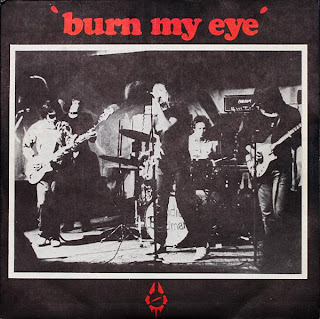 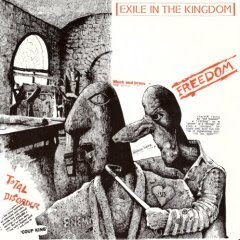 Email ThisBlogThis!Share to TwitterShare to FacebookShare to Pinterest
Labels: - UK, Exile in the Kingdom 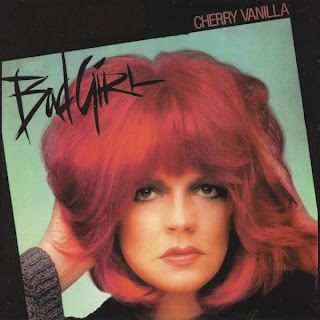 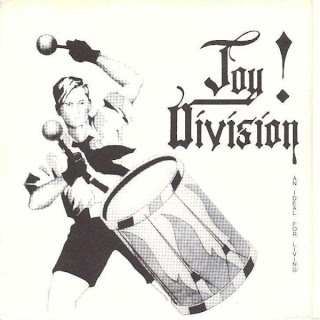 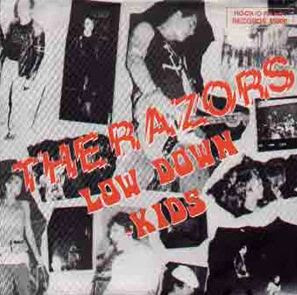 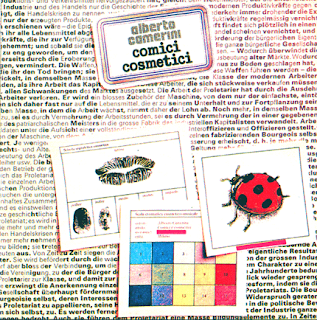 Reactors, The - 1979 - Meltdown EP (US)
download
.
Sensing the Social Distortion installment of INE failed to satisfy y'all's insatiable appetite for radioactivity, I decided further exposure was in order. While Three Mile Island may not have delivered on its promise of cheap and easy energy, it sure did wonders for punks with writer's block. Bands calling themselves The Reactors sprung up like bums on a New York City sidewalk, like fistfights at a Texas shitkicker bar, like boredom across the Oklahoma plains. Two thousand five hundred miles away from TMI-2's core, some fallout settled on the Inland Empire and San Bernardino, too, got its own Reactors.
While the 5-song EP has long been scarce, the appearance of "L.A. Sleaze" on 1995's Killed By Death #8½ kicked collector war games into high gear. The record went from seldom seen to virtually vaporized. Luckily, I'd scratched this one off the want list early on and didn't have to face the same heat as my other collecting brethren ... or so I thought.
It wasn't until this summer that I learned my Geiger counter was way off. On a brief stop in Portland, Dr. Abraham King blasted me with a debilitating gamma ray in the form of a rare Reactors picture sleeve variation. While the front of the sleeve was identical, the back had a "cityscape" motif instead of a radiation symbol. Moreover, according to Abe, the "cityscape" sleeve was FIRST. I departed green with my hulkish new burden: find the cityscape sleeve.
A few months later, my nuclear winter thawed thanks to a replacement guitarist. Stored among his records was an expendable Reactors EP complete with the cityscape sleeve. "As for the 2 covers, if I remember correctly what Mike the bassist told me, I think Rob the drummer did one and Dash the singer did one and they printed both up and when one ran out they used the other one. The cover you got was the first one."
And so with the missing Reactors sleeve variation now settled among the stacks so concludes another installment of It Never Ends. Or does it?
.
source Ryan Richardson at Break my Face (link)
Posted by isksp at 5:27 PM 8 comments: 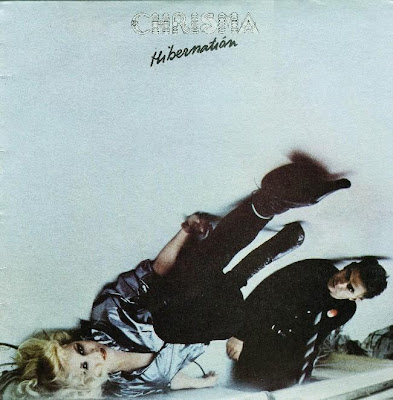 Chrisma - 1979 - Hibernation LP (IT)
download
.
Apparently the success of 'Chinese Restaurant' one year before made Italian punk-rock group Chrisma come back for more. The result was 'Hibernation', their second album recorded in Vangelis' studio Nemo and produced by brother Niko. Vangelis' possible cooperation with Chrisma and his brother on this album has been a source of speculation, but fact is that he is not credited in any way and his participation has never been confirmed...
.
source Vangelis Movements (link)
Posted by isksp at 5:25 PM No comments: 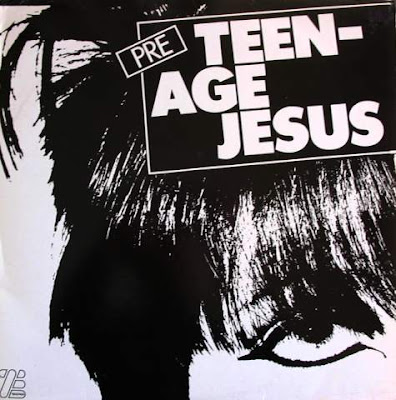 Teenage Jesus and The Jerks - 1979 - Pre 12'' (US)
download
.
Tracklist: The Closet // Less Of Me/ My Eyes
Recording info: Recorded in a studio in SoHo, New York City in 1977 and mixed by Lydia Lunch & James Chance.
Notes: Earliest recording of Lydia Lunch. First recordings of Teenage Jesus & The Jerks when James Chance was still in the band. Different version of "Less Of Me" than the one on the first single. Cover photo by Julia Gorton.
.
source From the Archives (link)
Posted by isksp at 5:23 PM 3 comments: