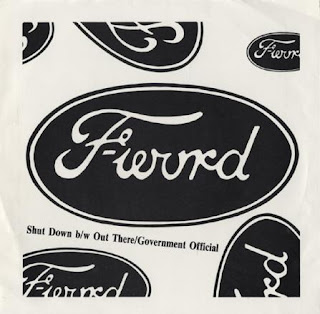 F-Word! - 1978 - Shut Down 7''
download
.
F-Word!'s "Shut Down" - the first Posh Boy release - was recorded live at San Francisco's Mabuhay Gardens in '78. Picture sleeve (p/s)added 1990. "Shut Down" was a Darby Crash song that was recorded by F-Word! before The Germs had committed their version to vinyl. The 2 songs on the "B" side were to be recorded by other groups, too : the Damned influenced "Out There" was recorded by New York's Electric Frankenstein. "Government Official" was included on Swedish group Sator's "Barbie Q Killers" CD.
Posted by isksp at 5:17 PM

Email ThisBlogThis!Share to TwitterShare to FacebookShare to Pinterest
Labels: F-Word