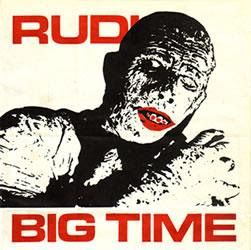 Rudi - 1978 - Big Time 7''
download
.
Big Time b/w N°1 Good Vibrations Records GOT 1) Released April 1978..original sleeve Karloff mummy/ lipstick design - several colours of sleeve exist - depending on what colour of paper it was printed on. Re released in October 1979 in a completely different sleeve. 7” format only.
.
Thanks to Brian Young for the info and cover!
Posted by isksp at 7:49 PM 2 comments: Links to this post

Email ThisBlogThis!Share to TwitterShare to FacebookShare to Pinterest
Labels: Rudi

Urinals, The - 1979 - Another E.P. 7''
download
.
The Urinals are a punk rock band from Southern California. Known for their minimalist approach to songwriting and recording--their lyrics have been called "punk haiku"--the band influenced other punk rockers of the 1970's and 1980's including the Minutemen.
The band's first performance, in 1978, was a parody of punk rock performed for a talent show at their UCLA dorm. Though none could play their instruments, three of the original members continued to perform in on-campus venues. Their songs were usually short, and seldom utilized more than two chords--if that.
The band’s first off-campus show was at Raul’s in Austin, Texas. Returning to L.A., they appeared with such groups as The Go-Go's and Black Flag. A roughly-recorded, four-song EP followed. After developing a somewhat more sophisticated sound, the band changed its name to 100 Flowers (inspired by Chairman Mao's famous quote), but disbanded in 1983.
In 1996, the band reformed as the Urinals, releasing a CD of new material in 2003. In 2005, they performed at the Chaoyang International Pop Festival in Beijing, in what is believed to be the first punk rock performance in China[1]. They later took the name Chairs of Perception (presumably a parody of Huxley's The Doors of Perception) before again becoming the Urinals in 2008.
.
source Wikipedia (link)
Posted by isksp at 7:46 PM 1 comment: Links to this post

Email ThisBlogThis!Share to TwitterShare to FacebookShare to Pinterest
Labels: Urinals 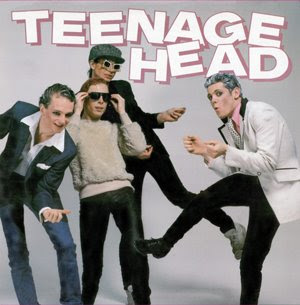 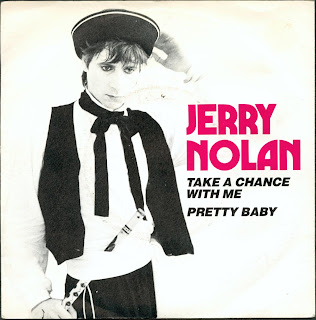 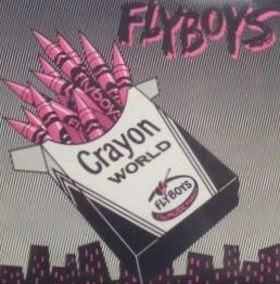 Email ThisBlogThis!Share to TwitterShare to FacebookShare to Pinterest
Labels: - US, Flyboys 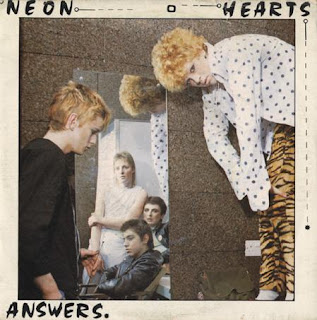 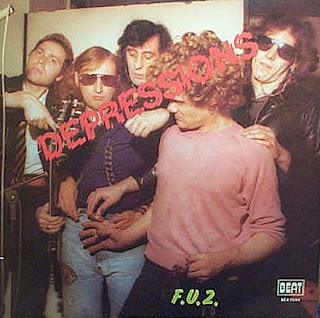 F.U.2. - 1977 - Depressions
download
.
This is most of the 60`s band the "Downliner`s Sect" Classic thug punk chugs. Also came out also in France and Italy but this is the unique Australian version.
.
Thanks to Punk Rock Picture Sleeve (link)
Posted by isksp at 1:26 PM 1 comment: Links to this post

Email ThisBlogThis!Share to TwitterShare to FacebookShare to Pinterest
Labels: F.U.2. 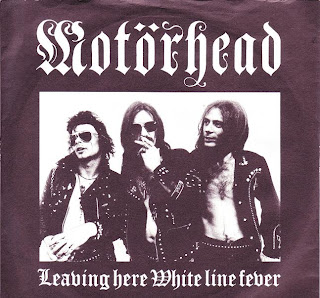 Email ThisBlogThis!Share to TwitterShare to FacebookShare to Pinterest
Labels: Motorhead 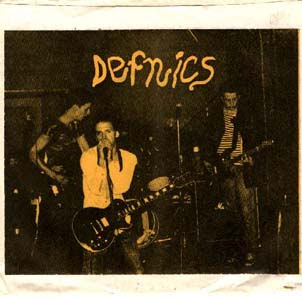 Email ThisBlogThis!Share to TwitterShare to FacebookShare to Pinterest
Labels: Defnics 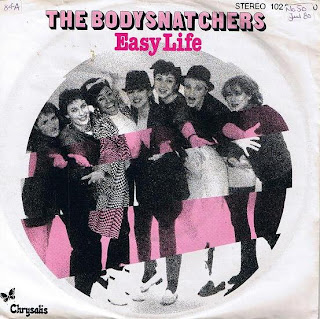 Bodysnatchers, The - 1980 - Easy Life 7''
download
.
The Bodysnatchers were a seven-piece all-female band involved in the British ska revival of the early 1980s.
Formed in London by Nicky Summers in 1979, they released two ska/rocksteady singles on the 2 Tone record label. The Bodysnatchers' first concert was at the Windsor Castle pub in London, on 24 November 1979. After signing to 2 Tone, they undertook a tour supporting The Selecter. They appeared in the Dance Craze documentary film, featuring live performances by various British 2 Tone bands.
The Bodysnatchers played together for less than two years, with the group disbanding in 1981 and no album released. Some of the Bodysnatchers' members evolved into another all-girl band, The Belle Stars. After The Specials' original vocalists left the band, the Bodysnatchers' lead singer, Rhoda Dakar, went on to sing with The Special AKA.
In 1984, Sarah Jane Owen and Penny Layton formed the all girl ska band, The Deltones, who released an album and two singles on Unicorn Records in 1989. The group disbanded in 1991.
In late 2007, Dakar released a solo album on Moon Ska World. Cleaning In Another Woman's Kitchen is an acoustic album, which features new material, plus covers of The Bodysnatchers hits, "Do Rocksteady" and "Easy Life". These days she can also be seen playing in the outfit, Skaville UK, alongside former Bad Manners members Martin Stewart and Louis Alphonso. Dakar has also contributed vocals on their debut album, 1973, which was released in July 2007.
.
source Wikipedia (link)
Posted by isksp at 1:50 PM 1 comment: Links to this post 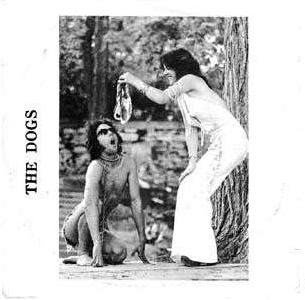 Email ThisBlogThis!Share to TwitterShare to FacebookShare to Pinterest
Labels: - US, Dogs #1 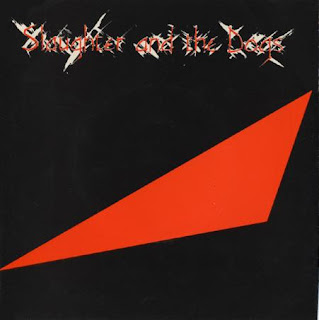 Email ThisBlogThis!Share to TwitterShare to FacebookShare to Pinterest
Labels: Slaughter and the Dogs 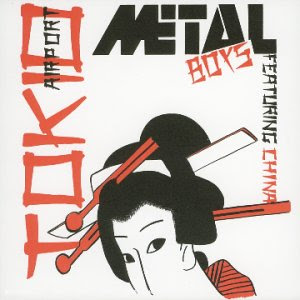 Metal Boys - 1980 - Tokio Airport
download
.
The Acute label is dedicating itself to two channels of reissue forum: the Glenn Branca axis, and French punk/new-wave. Following the label's Métal Urbain reissue of late last year is post-Urbain outfit Metal Boys’ Tokio Airport album from 1980. Eric Débris and Charlie Hurbier form the nexus of the outfit, fleshed out by mysterious English vocalist China. The sound on the recordings shares headspace with Métal Urbain’s machine-rock, though it trades in the single-minded purpose of Urbain’s music for a more inclusive sphere of activity, which proves to be both its strength and its downfall.
Tokio Airport stumbles at the first hurdle: lyrics and vocals. As with a lot of post-punk, or ‘avant new-wave’, the Metal Boys’ occasional lapses into lyrical dogmatism are hardly becoming: it’s not the content/context of the lyrics, but the way they’re rendered. Large parts of Tokio Airport are rather gauche, evoking the ‘just-out-of-college’ clumsiness that hamstrung a lot of post-punk artists. You can find a similar cringe-worthiness in the Gang of Four’s well-intentioned-but-slightly-trite class struggle polemic, The Pop Group’s Nietzschean abandon, and the declamatory surface-intent politics of some of the Rough Trade label crew. Sometimes it’s hard to decide whether that light, broth-of-language political rhetoric is, at least, easier to swallow than lyric-as-personal-indulgence, but tracks like “X-Mas Day” or “Suspenders in the Park” lose out on text.
But the Metal Boys generally win out on sound. There’s something obdurate about their songs, a completely unyielding fascination with the analog sound processing and the eternal endless pulse of Teutonic technology. “Carbone 14” sounds as future-perfect, yet completely of its age, as the early works of Severed Heads, or the Human League’s The Dignity of Labour EP; in these recordings you can hear DIY tactic grappling with then-modern electronics. The final bonus tracks, “Disco Future” and “Outer Space”, stretch things further - manic, streamlined gushes of sound breached by China’s mantric repetitions. The liner notes here want you to believe that songs like “Carbone 14” and “Suspenders in the Park” could be dropped in some electro-clash club without anyone batting an eyelid, but drawing that parallel skips the rock/punk part of the equation. The Metal Boys, like their predecessors Métal Urbain, were never rigid about ‘opposing all rock’n’roll’. If their relationship with the Rough Trade label contextualized the band within the feverish non-/anti-rock action of the post-punk collective, Debris and Hurbier were never shy of throwing a monstrous riff into their songs, roughed-up through tinny, overdriven production. The Ramones meets Cabaret Voltaire? Perhaps only for a few songs, like the opening “Colt 45”, but they make for nice jolts of energy among Tokio Airport’s more ruminative instrumentals, and the side-glances at warped pop, cabaret, and various other forms. If the record fails at any point, it’s thanks to the neo-new-wave stumbling of songs like “Wah Lee Bomp Dee Bomp”.
Were the Metal Boys prescient? That depends on how you view the tributaries that have run from the late 1970s and early 1980s. Electronic/industrial exploration has been taken up again by acts like Wolf Eyes, the post-punk/disco micro-revolution is being revisited by The Rapture, the itchy guitar non-pop by Erase Errata. But the Metal Boys’ aesthetic was too combinatory to be mimicked or followed, and modern practitioners of this music are too caught up following only one path to interpolate other genres into their constructs. And even if Tokio Airport is much less than perfect, if it falls and loses its way, doesn’t manage to fully transcend its era, it still sounds like little else.
(Oh, and the soon-come reissue of Eric Débris’ Dr Mix and the Remix’s Greatest Hits album, I’d queue in torrential rain for that.)
.
By Jon Dale from Dusted Reviews (link)
Posted by isksp at 12:56 PM 2 comments: Links to this post 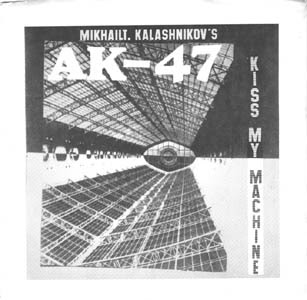 Email ThisBlogThis!Share to TwitterShare to FacebookShare to Pinterest
Labels: - US, AK-47 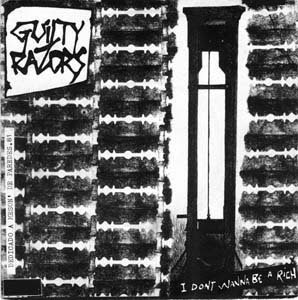 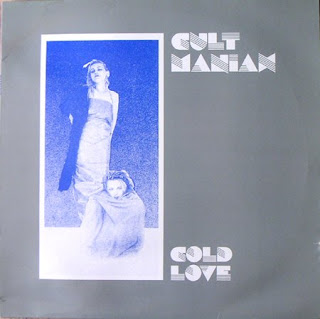 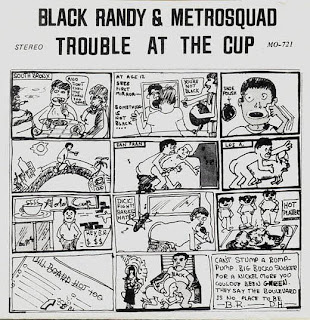 Black Randy And The Metrosquad - 1977 - Trouble At The Cup 7''
download
Posted by isksp at 5:26 PM No comments: Links to this post