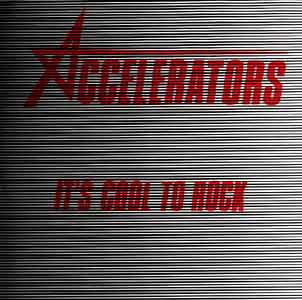 Accelerators - 1979 - It's Cool to Rock 7'' (US)
download
.
ACCELERATORS: It`s Cool To Rock EP (Wide Open, ACC 001) 1979. Southern California, originally from Wyoming they moved to the LA area in 1978. Released on their own label and produced By Danny Holloway, same producer as SHOCK "This Generation On Vacation" . Eric Ambel went on to play with Joan Jett's Black Hearts and The Del Lords and Dick played with Top Jimmy and the Rhythm Pigs.
.
source Punk Rock Picture Sleeves (link)
Posted by isksp at 8:12 PM

Email ThisBlogThis!Share to TwitterShare to FacebookShare to Pinterest
Labels: - US, Accelerators

very good
is possible SUBWAY SECT-songs for sale (1982), in you blog?
thanks & congratulations
c'mon men!

eeeeeeeeeeeh Felipe, nice to see you back

Hope you had a nice trip

sure thing, post the subway sect LP in a while


and thanks for the comments, topper and frank!